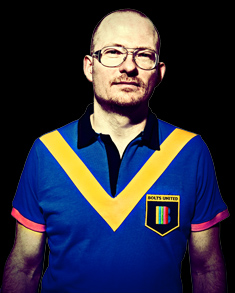 My expertise
I work as a designer in various fields: from creating entire restaurant identities to building a sofa from giant rubber branches. For Volkswagen, I once developed champagne popcorn, for Princess Maxima, I created a tiara. My team and I are known as ‘Tjep’. Why Tjep? Because foreigners find it so hard to pronounce my surname that it required a design intervention itself.

Me in a nutshell
I grew up in Geneva, Brussels and New York, settling in the Netherlands in 1989 to study industrial design. I graduated cum laude from the Design Academy in Eindhoven 7 years later, and my graduation project, based on artificial nature, drew immediate attention: it was selected for the Droog Design collection. My relation with Droog led to even more remarkable projects, such as the Do Break in 2000, the award-winning British Airways Executive Lounge at Heathrow in 2004 and the Chair of Textures presented during Art Basel Miami Beach 2006. In 2001, after initially working for Philips Design, I set up my own design studio called Tjep. My work now includes furniture, accessories, interior design and interior architecture for multiple restaurants and shops. Tjep.’s work can be found in your very own refrigerator, but you might just as well encounter it in a top gallery somewhere around the globe.

My best work so far
Perhaps my very first drawing at the age of two and a half, perhaps my very last one somewhere in the future – but hopefully also all the ones in between.

I like this
Archie Shepp’s music, and not only because his name sounds like mine! I will only truly be satisfied when my work looks a little bit like the way his music sounds.